I offer a free consultation to discuss your case and injuries in detail. Further, I generally handle personal injury cases on a contingency fee basis so not only will you not come out of pocket to secure legal representation, I won’t get paid unless you get paid. Complete the online intake form or call 864-332-9276 today.
Clients First
At Nicolas J. Baughman, Attorney at Law, LLC, the client is the priority. I will provide you with compassionate and aggressive representation from the start to finish of your case. 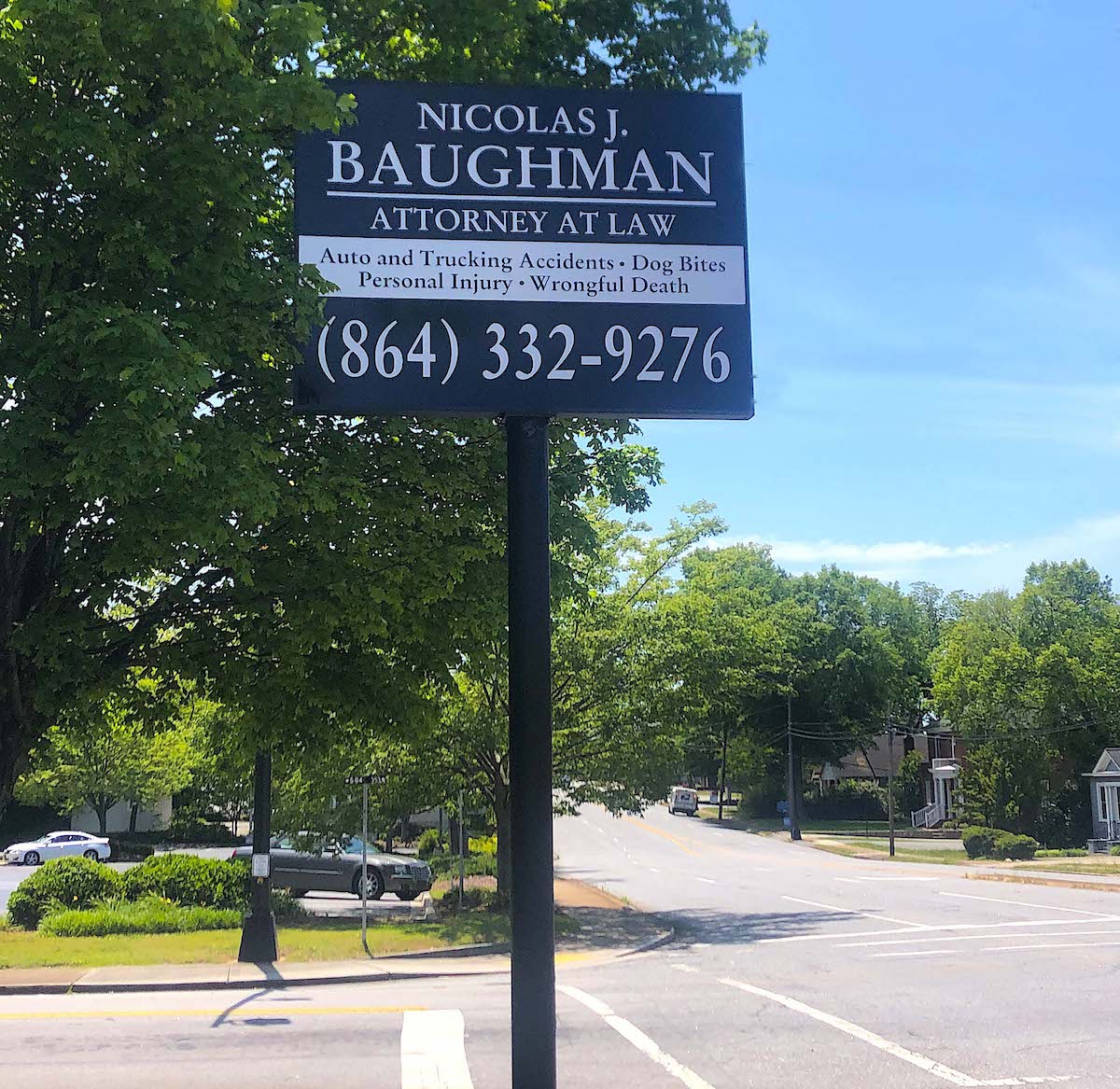 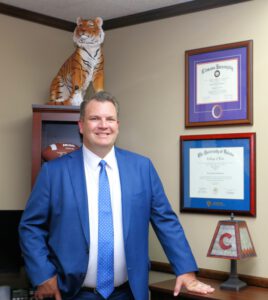 Nicolas J. Baughman is a native Andersonian, and has lived in South Carolina for the majority of his life. A 1999 graduate of TL Hanna, he spent his first decade after high school working in a variety of fields, including spending several years managing retail stores across the Upstate and several more working as an electrician in the construction industry. It was during this time that Nicolas met his wife, Jessie, and began a family.
Nicolas has a passion for helping people. Having spent so much time as a blue collar worker, he understands firsthand the struggles hard working folks face on a daily basis. He also witnessed how much more difficult it can be to support a family when a tragic death or injury occurs. So in 2009, Nicolas decided to go back to college to become an attorney so that he could help those who needed help the most – hardworking people who were injured because of the negligence of others.
In 2010, Nicolas received an Associate of Arts degree with Honors from Greenville Technical College. In 2011, he graduated summa cum laude from Clemson University, earning a BA in Political Science with a 4.0 GPA. While attending Clemson, Nicolas also worked for a local insurance agency here in Anderson, which taught him practical lessons about South Carolina insurance laws and coverages.
Nicolas attended the University of Toledo (OH) College of Law on a full scholarship, and graduated cum laude in 2015. There he served as the Note and Comment Editor for the Toledo Law Review and as Vice President of the Christian Legal Society. While in law school, Nicolas worked as a clerk in the Toledo Municipal Court.
After graduating law school, Nicolas returned to Anderson to begin his career as an attorney. Given his prior experience working for the insurance company, he understands what it takes to deal with claim adjusters. Accordingly, Nicolas’  practice is focused on helping folks that have been killed or seriously injured in car wrecks, trucking accidents, motorcycle collisions, dog bites, slip and falls, and workplace accidents. Nicolas also represents people facing criminal charges.
When Nicolas is not practicing law, he enjoys spending time with his wife and two children, watching college football, and just making the most out of each and every day.
Nicolas is a member of the South Carolina Association for Justice, the South Carolina Bar Association, the Anderson County Bar Association, and the Million Dollar Advocates Forum.
Nicolas is qualified and licensed to practice law in the State of South Carolina.
Attorney Nicolas J. Baughman handles claim all over South Carolina, including Anderson, Belton, Pendleton, Williamston, Starr, Iva, Powdersville, Pickens, Easley, Clemson, Oconee, Seneca, Greenville, Travelers Rest, Mauldin, Simpsonville, Berea, Greer, Spartanburg, Duncan, Inman, Chesnee, Rock Hill, Laurens, Abbeville, Greenwood, Aiken, Richland, Columbia, Lexington, Irmo, Orangeburg, Charleston, Myrtle Beach, Hilton Head, and Florence, South Carolina.